Video Bleep is a Boston-based arts collective, specializing in immersive audiovisual experiences. It is best known for its surround-visual dome, a unique way to create and experience real-time video art.

When my friend Nick Colangelo first started working on Video Bleep, his vision of an interactive surround-video experience caught my attention. I have strong childhood memories of the Omnimax theater at Boston’s Museum of Science, and the magical feeling of being enveloped by the screen.

I had already spent several years making interactive video art with the geometric visualizer Whorld, so when renaissance coder Mike Dewberry wrote a Whorld plugin for the Video Bleep dome, I was officially hooked.

To interact with the visuals inside the dome, we constructed a 5-foot tall joystick and placed it in the center, where anyone could play with it. My job was to translate the movements of the joystick into intuitive patterns of shape and color; eye candy that was both visually engaging and easy to control. 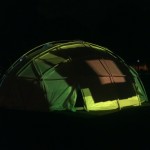 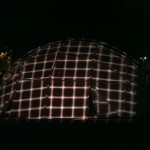 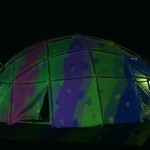